Welcome to the NFC playground

Apple says Near Field Communication (NFC) is the future… So who are we to disagree?
January 31, 2022 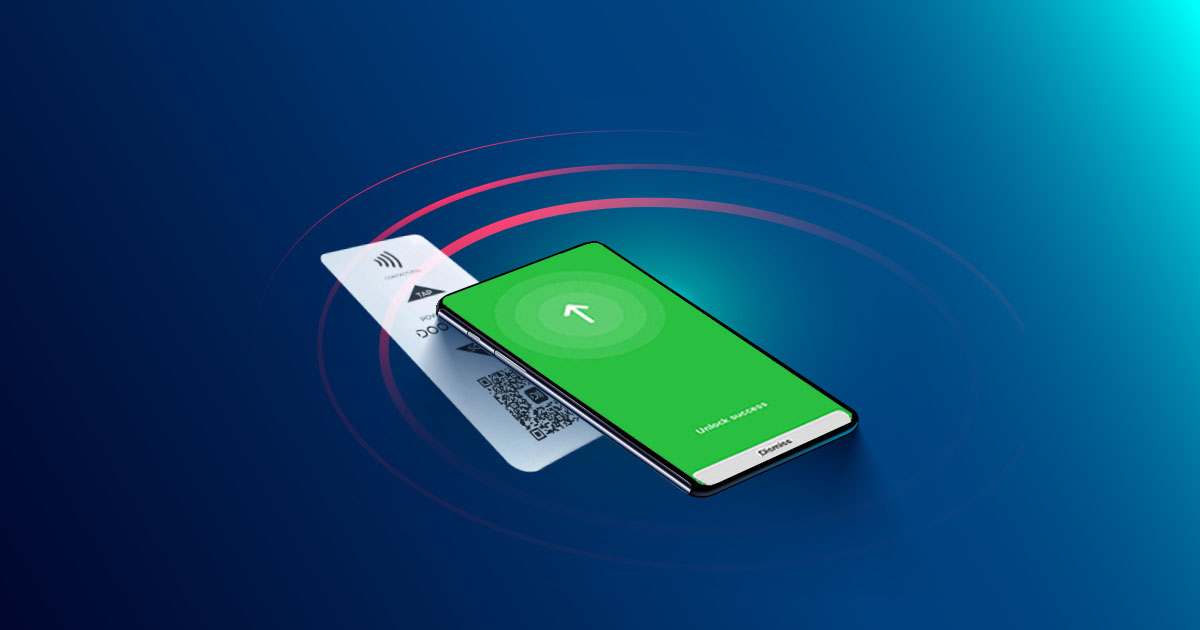 I’ll forgive you if you were pre-occupied then, but back in June 2020, at last year’s WWDC event Apple announced the first use of their U1 chips: providing the ability to serve digital car keys to wirelessly unlock and start your BMW 2021 5 series through UWB.

Samsung’s NFC digital key announced during the Galaxy S21 launch has been introduced in South Korea with the all-electric Genesis GV60, requiring you to physically tap the car's NFC located in the door handle with your phone, unless your device supports UWB which will allow for “passive entry”.

Apple have incorporated The Digital Car Release 3.0 specification within their car unlocking method. This leverages NFC technology to allow your car to know you are approaching and unlock itself before you even get to the door. You and your iPhone then simply get in and drive off into the sunset. All thanks to NFC.

Even with these announced upgrades in technology such as Apple’s U1 chip and The Digital Car Release 3.0. These tech giants know they can always fall back on NFC due to it’s security and reliability. By incorporating it they know and have a safety net that if a new connection method fails the passive NFC will continue to work even when a customers smartphone runs out of battery, for car unlocking in these cases.

At the WWDC’21, Apple blew the NFC trumpet again, by bringing NFC keys to Apple Wallet for contactless unlocking of doors for home, work and travel. This is where Doordeck’s ears perked up. Learn more about the announcement. Could this finally mean the death of Bluetooth.

Now that these giants have showcased yet another use of NFC, we’re likely to see other brands jumping on the bandwagon increasing the awareness, knowledge, and use of NFC.

The Pioneers of NFC for Door Entry

Although some super brands are just catching up, Doordeck has been using NFC since its inception all those years ago. In fact, we were the first company to embrace active NFC on a smartphone to enable keyless door access.

You might say that the single feature that makes Doordeck’s tech quick and easy to use comes down to the very nitty gritty of our product: Near Field Communication (NFC).

But why NFC rather than Bluetooth?

I’ve written about the differences between the two technologies before. It's an article in itself, but to put it simply: NFC is faster, more secure and more reliable. I could go into the real details and talk to you about the super secure military grade encryption and how Doordeck’s security is embedded in our DNA… That two NFC devices connect in less than half a second… Or that NFC is specifically designed for communication strictly between two devices in proximity to each other, for data transfer to happen.

Instead, let me give you one, real world, day-to-day example. You’re on the train after a long day’s work looking forward to a few moments of peace with your music. You connect your Bluetooth headphones and press play, except your headphones aren’t connected and now the entire carriage knows about your Britney Spears guilty pleasure. Oops, you did it again!

This scenario would never exist in a world where our devices communicate only via NFC. NFC is interoperable, incorruptible and it works first time, every time.

What does Doordeck’s NFC keyless entry mean for you and your building?

Presumably, you’ve already heard that Doordeck is the world’s only access control aggregator that provides a keyless entry software solution that integrates with all major access control systems hardware.

What this means is that you don’t need to install any new hardware or rip out existing access control readers and controllers, as you would with other smart access control solutions.

All you need to do is allow Doordeck to integrate with your building’s access control system and select your customisable NFC tile. This is attached next to the door to allow keyless NFC entry using your smartphone.

Additionally with Doordeck’s NFC keyless entry and cloud infrastructure you can manage all of your sites from anywhere, using your own Apple or Android device through the Doordeck app or via your own app using Doordeck’s SDK.

There’s no need to print and issue new or replacement key cards either. Virtual key cards are ready to go in a matter of minutes for both employees and visitors. The building administrator just registers the person’s email address for the doors they need access for and they're good to go.

So, are you ready to use your smartphone to unlock doors using Doordeck’s Keyless NFC entry technology for a faster, more secure and reliable access control solution?

Get in touch to get started today.