Bluetooth vs Near Field Communications (NFC) — It’s A No-Brainer

Even if you wanted to, you couldn’t use Bluetooth to pay for something with your smartphone. Apple and Android won’t allow you. Their mobile pay services use Near Field Communications, or NFC, because NFC is incorruptible and literally works every time
July 30, 2021 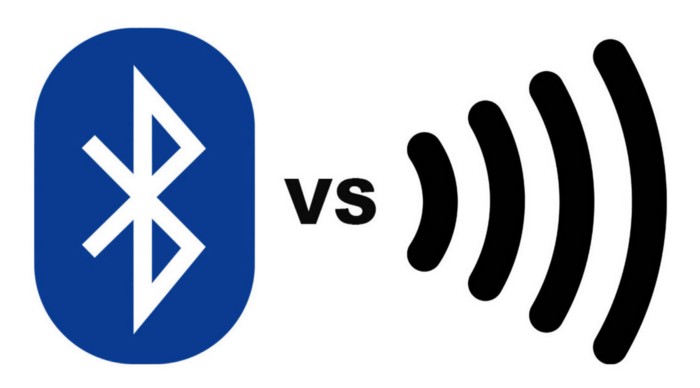 Even if you wanted to, you couldn’t use Bluetooth to pay for something with your smartphone.

Apple and Android won’t allow you. Their mobile pay services use Near Field Communications, or NFC, because NFC is incorruptible and literally works every time.

Bluetooth, on the other hand, is inconsistent, time-expensive and generally a bit clunky. We all know that from when we’ve tried to do simple tasks like connecting Bluetooth speakers to a music device. It’s very hit and miss.

A problem, then, presents itself:

If Apple or Android won’t allow you to buy a simple coffee with Bluetooth technology, why are technology companies rolling out Bluetooth products for vitally important use cases such as access control to your hotel room or own home?

Before we consider the answer, let us present the facts on Bluetooth and NFC to best understand use cases in as fair and coherent way possible.

And then we’ll tell you exactly, that NFC is 100 x better!

Near Field Communications — The Facts

Bluetooth’s value today — now we are at Version 5.2 — is that it can connect to multiple devices at the same time. However, this is also one of its pitfalls. For anything that requires instant communication between strictly two devices — i.e for personal transactions like money exchange or door opening — it is unreliable and, therefore, inadequate.

NFC, however, is specifically designed for this 1–2–1 process. NFC’s requirement of close proximity to activate the exchange of data is a virtue. It grants NFC a robust security benefit.

So why then are new buildings having inferior technology installed like the Hilton above?

Before NFC became a daily part of our lives — by being embedded in every iPhone since the iPhone 6 and every device running on Android 4.0 or later — a lot of investment was poured into developing Bluetooth products for alternative application, such as door access.

As a result, tech that was pioneering 10+ years is only being implemented today. NFC has developed so quickly that security experts, architects and residents are unaware of the nascent technology available in their smartphones.

Moreover, they are oblivious to the fact that NFC is more affordable than existing Bluetooth models.

And, crucially, that NFC has complete interoperability with existing systems.

Interoperability is the “ideal way for computers and other electronic devices to relate to each other”.

In the case of Doordeck, complete interoperability allows our API and NFC technology to sit on top of existing card readers, including Bluetooth models. Because it is interoperable, there is no need to rip out existing hardware just to add smartphone access. Quite profoundly, therefore, Doordeck’s tech does not bulldoze outdated systems but revolutionises them.