How do Apple Home Key and Apple Wallet Keys work?

Apple’s WWDC 2022 announced Apple Home Key and the ability to share digital keys. Let us explain how they work.
June 13, 2022 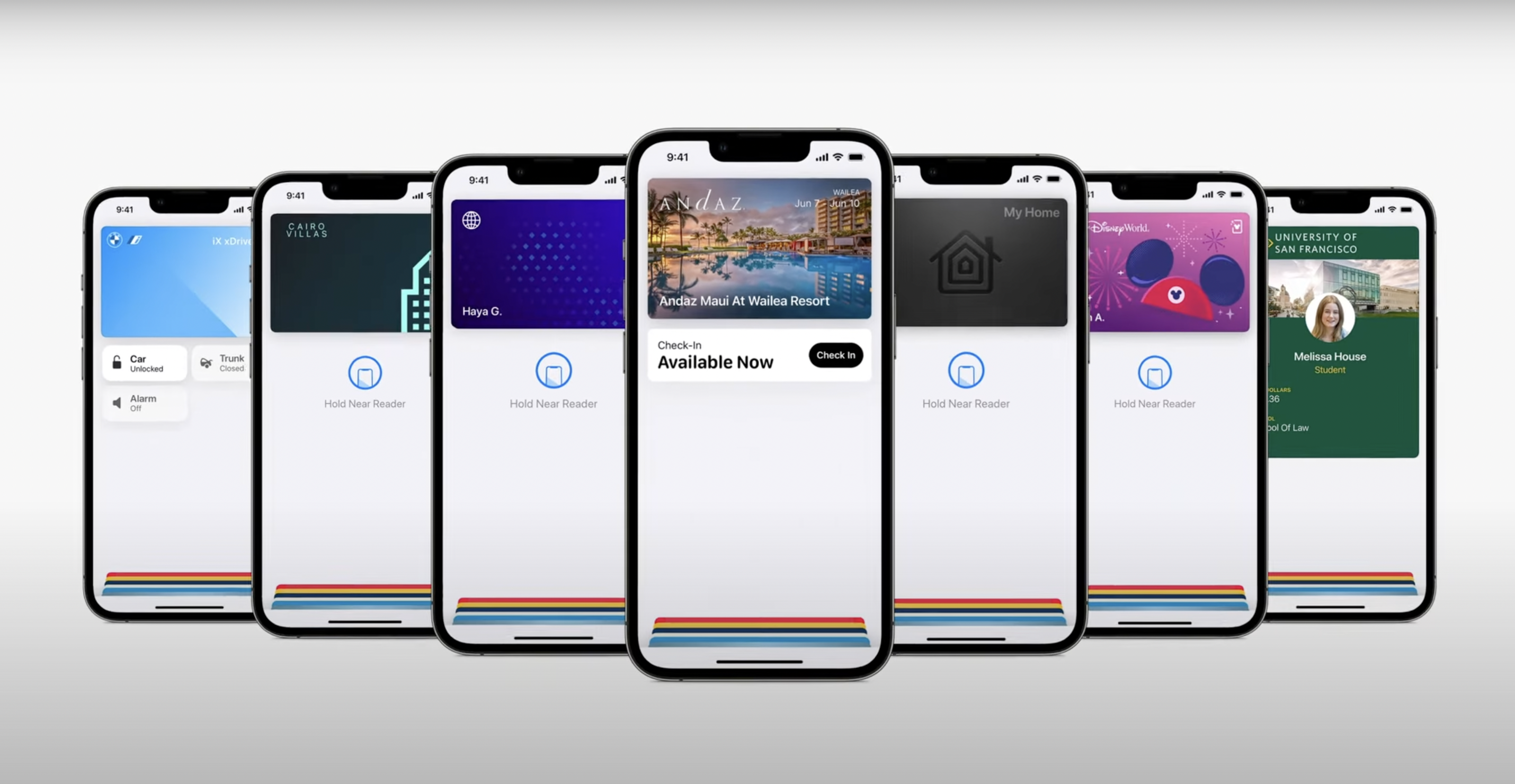 Apple first announced Apple Wallet Keys at WWDC 2021, and as a company with an interest in digital keys we wrote about it here.  At 2022s WWDC they expanded upon their 2021 announcement with Apple Home Key and the ability to share keys.

What is Apple Home Key and Apple Wallet Keys?

Since iOS 13.5 users have been able to use a digital car key to unlock their car, and in December 2021, Hyatt became the first hotel chain to support Apple Wallet room Keys. Apple is hoping that this technology can be rolled out to more hotels and offices, removing the need for physical keys.

How do Apple Wallet Keys work?

Using NFC (near field technology) all a user has to do is hold their phone up to the reader to gain access to the room or building.  We’ve already written a more in-depth description of what NFC is and why it’s great for access control, but essentially NFC is a secure method of transferring data that doesn’t require much power.

Apple has partnered with a list of lock manufacturers (assa abloy, salto, lenel and HID to name a few) to create readers with built in NFC that will enable Apple Wallet Keys to work.  Unfortunately this means that existing access control hardware will likely need to be replaced in order to utilise Apple digital keys, and for hardware that already has NFC built in, there’s no guarantee that it will support Apple Wallet Keys in the future.

For the first time, Apple announced the ability to share keys using “your favourite messaging apps, like mail, messages or WhatsApp.” Initially this rang alarm bells here in the Doordeck office as it cannot be secure to share a lock so easily. After diving into the Home Key documentation it seems that in order to share a lock, temporary users must be setup with an access code, which you later change or remove a guest when access is no longer required.

Doordeck Visitor Passes require far less monitoring, with the ability to preconfigure access using our cloud based access control dashboard. This allows you to automatically remove access to certain locks after a certain date or time, perfect for hotel guests, office maintenance workers or carers. For one time guests, Doordeck allows you to remotely unlock the door, meaning you don’t even have to get up from the sofa to have a parcel delivered safely.

The most obvious limitation is that Apple Wallet Keys are for iPhone users only. Android is not supported. Apple has said that they’re “working with the IETF (Internet Engineering Task Force) to make sharing keys an industry standard” but we’ve no idea how long that is going to take. Android does already support NFC, so hopefully this will be something that can be rolled out fairly easily, but in the meantime, Doordeck already supports both iPhone and Android in unlocking doors and sharing keys, plus our APIs and SDK means that Doordeck functionality can be integrated into any app.

Another major limitation is the silicone chip shortage that has been affecting electronic production over the last few years. There have been major disruptions in the global supply chain which has greatly reduced the availability of access control hardware. Since Apple Home Keys and Wallet Keys require Apple compatible locks, there is likely going to be a delay to the adoption of this technology unless lock manufacturers are able to retrofit existing hardware with the necessary NFC.

However no need to delay with Doordeck, our SaaS solution integrates with all major access control hardware to provide the world’s only NFC enabled smart door entry system. That’s compatible with all new and pre-installed access control systems and able to be used by all iPhone and Android users.

Putting the limitations of Apple Home Keys and Wallet Keys to one side. It is an exciting step forward in the adoption of digital keys. It’s a glowing endorsement for our product that Apple is continuing to invest in this technology. We look forward to seeing more companies, hotels and individuals move towards mobile credentials for access control.

Doordeck’s software-based system all but eliminates the need for reader hardware components that are difficult to source, creating both cost savings and a reduced time-to-install for our customers. Our NFC tile does not require a power source so can be installed in seconds next to doors, elevators, turnstiles or car parks, utilising mobile credentials on any networked lock.