The Key to Happiness...Is Losing Your Keys.

There’s plenty of reasons why you don’t need to carry a wallet these days, but what about your door keys?
October 17, 2019 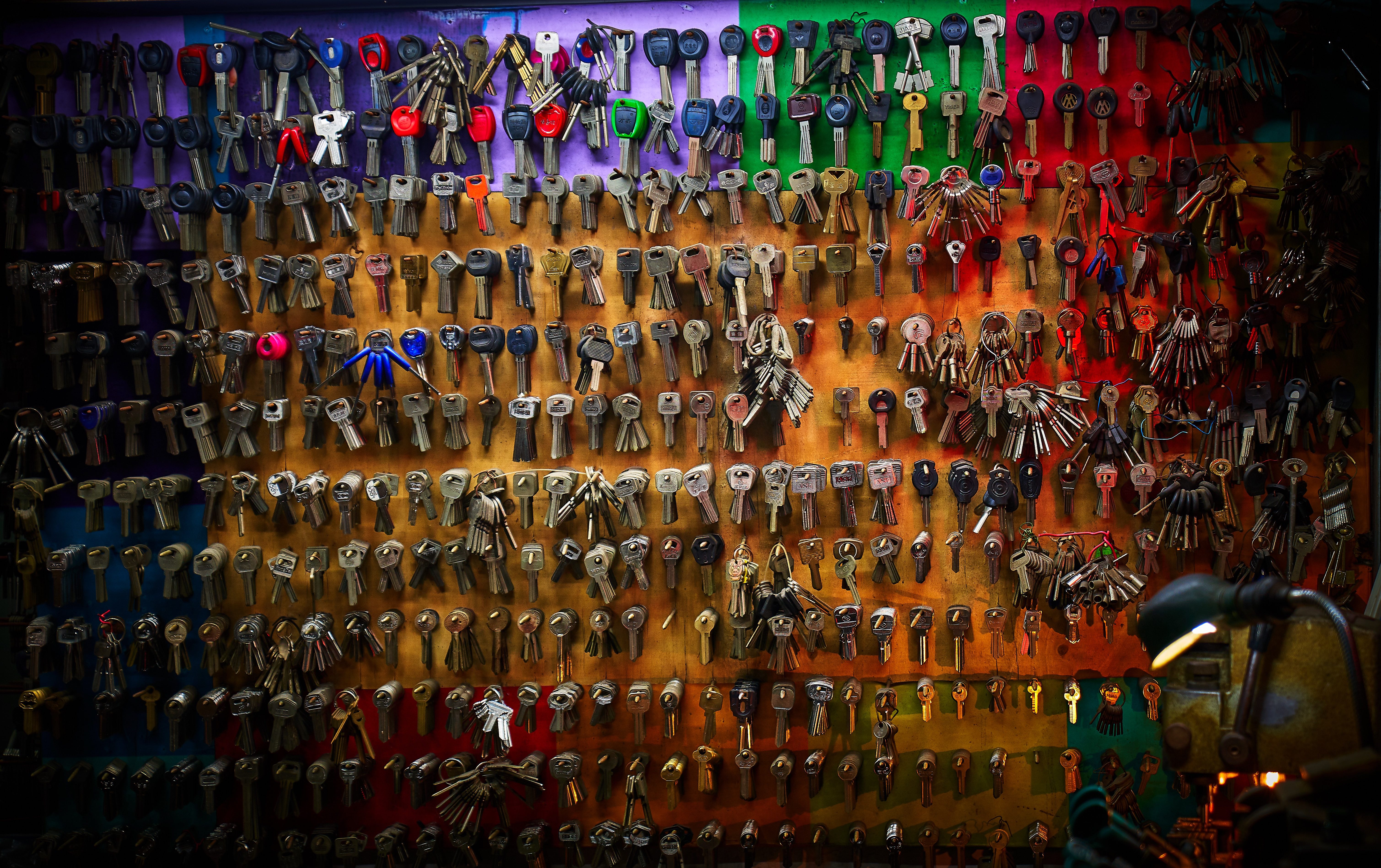 OK, so cryptocurrency might not have bowled over the economic system in the way some crypto-evangelists predicted, but cash as a physical entity has been slowly declining for decades now.

Now, with the introduction of mobile payments services via apps such as Apple, Android or Samsung Pay—which all utilise Near Field Communication (NFC) technology—debit and credit card usage is decreasing too.

In short, come 2026, cash will be used for only 20% of transactions in the UK, predict analysts. If the trend continues, therefore, cash as we know it will cease to function in less than 20 years time.

What else, then, is mobile technology set to wipe out in the coming years from our wallets, bags and pockets?‍

Before the tech revolution, wallets have traditionally been overstuffed with old, irrelevant receipts, just in case your ‘item is faulty and needs to be returned’. These days however, the humble wallet has been transformed with the proliferation of mobile payments that automatically generate electronic receipts for our transactions… meaning no more mass-hoarding of paper receipts!

Useful receipt apps have made keeping track of your spending and organising your business expenses much simpler. Expensify is ideal for personal use.

And for industrial-sized spending, look up Shoeboxed. ‍

The faded passport photo of someone special—a partner, child or lost love—is the classic wallet paraphernalia of any romantic. (Well in the movies, at least).

Today, our smartphones are literally loaded with a whole library of photos. Even people we don’t like that much! If you were going to show someone a photo of a loved one, would you pull up Google Photos, Instagram, Facebook, or an old celluloid photo?

Who said romance is dead, eh?‍

“Do you have your loyalty card with you?”

Let’s be honest, no one remembers to bring their loyalty cards with them. You sign up, you get a card, but you don’t have enough space in your wallet so it gets relegated to a box (probably with all those old paper receipts!) never to be used again.

But thanks to free apps such as Stocard—which has a whopping 35 million worldwide users— loyalty cards of all sorts are destined to the dustbin of time.

Stocard is compatible with major supermarkets, coffee shops and high street brands around the world, so it’s now easier than ever to remain “loyal”.‍

The “Key” to Happiness

Door keys underwent a minor makeover in the shape of key cards, which have largely been used in the commercial world for decades now. However, like cash and credit cards, their time is also coming to an end.

Traditional access cards get the job done but more and more businesses are moving towards newer technology such as smartphone access control. Solutions such as Kisi and Proxy let you use your mobile phone as a keycard by utilising bluetooth technology, but require you to install their own readers for it to work.

Doordeck however, is the world’s first truly SaaS based mobile access technology, meaning, no hardware changes! What’s more, Doordeck is different to all other solutions in that it harnesses the same NFC technology as Apple, Android and Samsung mobile payment services, providing super secure mobile access to your building, through a simple subscription model.

The technology is so nascent that experts are yet to predict the demise of door keys once and for all. However, in terms of new builds, at least, it’s a safe bet that they won’t be far behind the disappearance of cash by 2040.