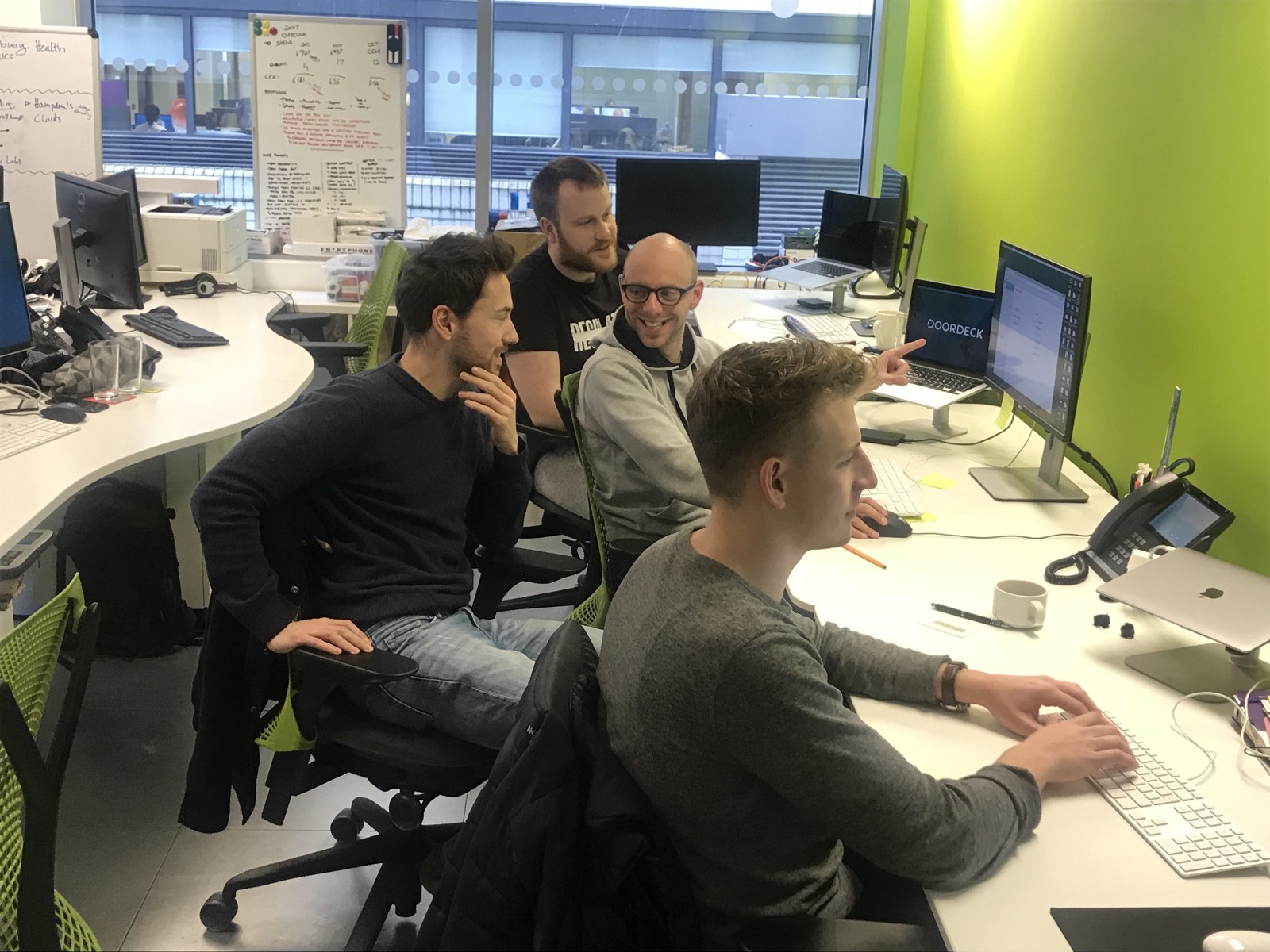 One of the things I enjoy most about Doordeck is the fantastic group of people I’m working with every day. We started with the same core team we have now — albeit with a couple of additions after the first few months — and I’m proud to say that I’ve never worked with such a friendly, dedicated and loyal group of people. They’re talented, they’re committed, they’re 110% behind the product and — important for a small company, this! — they’re flexible in line with the demands of the business. For example, one day John can be in a pitch to an investor, and the next he can be on-site, assisting with an installation. This adaptability helps to keep us lean, maintains our focus and ensures the whole team are pulling in the same direction.

The unpredictability of the fundraising process can really make or break a team, but I’m thrilled to report that my team rose to the challenge admirably, even in the face of numerous obstacles. Poor customer feedback for early versions of the app was discouraging. A lack of secured funding (and the subsequent inability for long-term planning due to uncertainty over how many of the team we could afford to pay beyond the next six months) was a constant worry. Despite these stresses, the team stayed focused on our target, refusing to quit, finding creative solutions to seemingly insurmountable problems and constantly striving to improve our offering and reach as many people as possible. It was a slow process but ultimately it paid off and I couldn’t be prouder of them.

In addition to our core team, another key player in our story has been Cisco. We were already well-aware of the scale and reach of their influence and we came to their attention through Startupbootcamp. Cisco’s support has a colossal part of the Doordeck journey: they were instrumental in making introductions between ourselves and multiple future customers, they helped find us work opportunities and they offered suggestions and guidance on the direction we were taking. It’s no exaggeration to say that without Cisco’s assistance we wouldn’t be here.

And so, while I’m heaping gratitude upon the saviours of Doordeck, I need to take a moment to thank an investor called Andy. I met Andy in July 2017 at an IDEALondon demo day, where he was in attendance as part of a syndicate of investors. He watched my pitch with interest and approached our team afterwards with a plethora of questions. Very quickly, Andy became a great champion of Doordeck, the product and the team. Andy’s enthusiasm was a force of nature and a major contributing factor in the fulfilment of the seed investment round.

As well as his own contribution, Andy gathered friends and investors and helped to generate enough momentum that by the time the fundraising round closed we were oversubscribed by one hundred per cent, meaning that we actually had to turn a number of potential investors down. Fundraising can be a long, frustrating, difficult process, but the assistance of this one man was invaluable in helping us to realise our ambition and pushing us on the next phase of Doordeck. Thank you so much, Andy — we really couldn’t have done it without you!